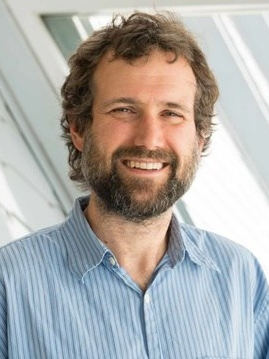 Ian Pritchard specializes in historical keyboard practice as a harpsichordist, organist and musicologist. He has performed with many leading early-music ensembles, such as the Academy of Ancient Music, the Orchestra of the Age of Enlightenment and Florilegium. As a chamber musician, he has won numerous international prizes and has collaborated with leading figures in early music such as Monica Huggett, Elizabeth Wallfisch, Christopher Hogwood, Emanuelle Haïm, Nicholas McGegan, Trevor Pinnock, Kenneth Gilbert and Gustav Leonhardt. He earned his Bachelor of Music degree at Oberlin, then moved to London to study at the Royal Academy of Music. In 2018 he was awarded a Ph.D. in Musicology at USC.

Pritchard appears frequently with leading local musical ensembles such as the Los Angeles Philharmonic, Los Angeles Master Chorale, Musica Angelica and the Los Angeles Chamber Orchestra, and is the music director of the early-music ensemble Tesserae. His interests include keyboard music of the late Renaissance and early Baroque, improvisation, notation and performance practice. He is currently a full-time faculty member at the Colburn School Conservatory of Music, and in 2015 was elected an Associate of the Royal Academy of Music. His harpsichord is a copy of an instrument by Johannes Ruckers, 1624, Colmar, France, by Earl Russell, Oberlin, Ohio, USA, 1999.