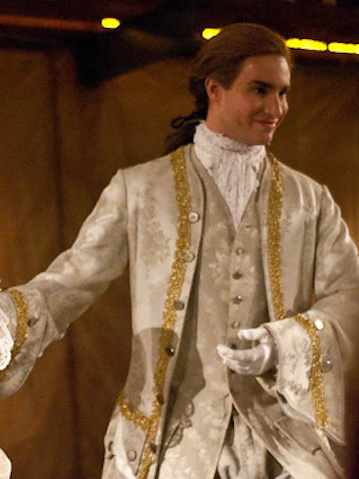 Baroque-specialist dancer Justin Coates has been a member of the New York Baroque Dance Company since 2010. Favorite performances with NYBDC include Zephyre, the French Festival at Hillwood Estate, Museum and Gardens, the International Handel Festival production of Teseo, and Pygmalion at the Potsdam Music Festival. Other Baroque credits include performing in the The Cunning Man, with choreography by Caroline Copeland, performing in the Boston Early Music Festival production of Dido and Aeneas, and setting a Folies d’Espagne for American Contemporary Ballet. As a modern dancer, Justin has had the pleasure of working in both New York City and Los Angeles with numerous companies, including Pennington Dance Group, ArtistsPlus, VIA Dance Collective, Anabella Lenzu DanceDrama and Dusan Tynek Dance Theatre. Justin is a graduate of Sarah Lawrence College.