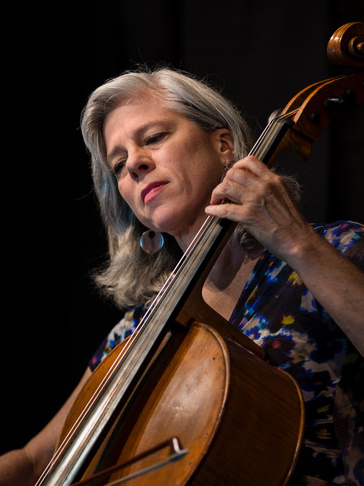 Tanya Tomkins is equally at home on Baroque and modern instruments. She is renowned in particular for her interpretation of Bach’s six suites for unaccompanied cello, having recorded them for the Avie label and performed them many times at venues such as New York’s Le Poisson Rouge, Seattle’s Early Music Guild, Vancouver’s Early Music Society and the Library of Congress.

Tomkins is one of the principal cellists in San Francisco’s Philharmonia Baroque Orchestra and the Portland Baroque Orchestra. On modern cello, she is a longtime participant at Music in the Vineyards in Napa and the Moab Music Festival in Utah, and a member of the Left Coast Chamber Ensemble. As an educator she has given master classes at Yale, Juilliard and the San Francisco Conservatory of Music. Along with her life partner, the pianist Eric Zivian, she is Artistic Director and cofounder of Valley of the Moon Music Festival in Sonoma.