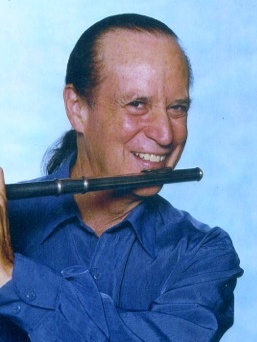 David Shostac was appointed principal flute of the Los Angeles Chamber Orchestra in 1975. An alumnus of Juilliard and Tanglewood, he has also served as principal flute of the St. Louis, Milwaukee and New Orleans symphony orchestras. He has taken part in numerous music festivals, and has appeared with the American Symphony Orchestra, the Boston Symphony and the Los Angeles Philharmonic. He has worked with many prominent conductors, including Eugene Ormandy, Zubin Mehta, Leopold Stokowski, Seiji Ozawa, Karl Richter, Helmuth Rilling and Christopher Hogwood.

Shostac’s most recent recording is Vivaldi Flute Concertos with Song of the Angels Flute Orchestra; his discography also includes J.S. Bach: The Six Flute Sonatas and Masterpieces from the French Repertoire. He is active in the motion picture recording industry and can be heard on hundreds of movie soundtracks. He has taught at USC, UCLA, the California Institute of the Arts, the Aspen Music School and the Idyllwild Arts Academy. He is a faculty member of CSU Northridge.

David Shostac is a concerto soloist in our Friday “Gardens” 40th Season concert “Concertos All Around” on June 26, 2020. Click here for further information about the 2020 Festival.