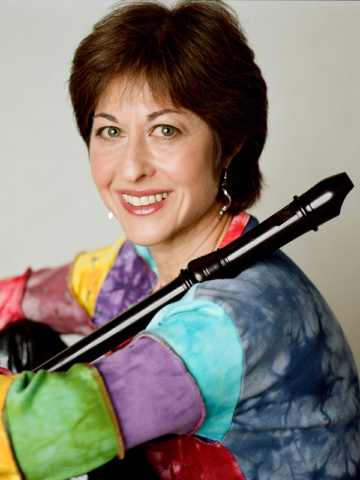 Judith Linsenberg, a leading exponent of the recorder, has performed throughout the U.S. and Europe, including solo appearances at the Hollywood Bowl and Lincoln Center. She has been featured with such leading American ensembles as the San Francisco Symphony, the Los Angeles and San Francisco Operas, Philharmonia Baroque, American Bach Soloists, the Portland and Seattle Baroque Orchestras, and the Oregon and Carmel Bach Festivals, among others.

Linsenberg is artistic director of the Baroque ensemble Musica Pacifica, whose recordings on the Virgin Classics, Dorian and Solimar labels have received international acclaim; she has also recorded for Harmonia Mundi USA, Koch International, Reference Recordings, Musical Heritage Society, Drag City Records, and Hännsler Classics. She holds a doctorate in early music from Stanford, and has been a visiting professor at the Vienna Conservatory and at the Early Music Institute at Indiana University in Bloomington.