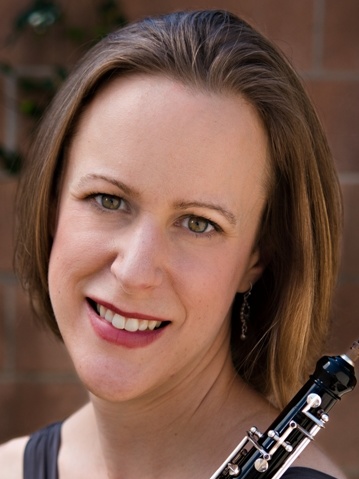 Lara Wickes is principal oboist of the Santa Barbara, Pasadena and New West Symphonies. She has performed with Musica Angelica, the Pacific Symphony, San Diego Symphony, Los Angeles Chamber Orchestra and the Los Angeles Philharmonic. She holds a Doctor of Musical Arts degree from USC, a Master of Fine Arts degree from the California Institute of the Arts, and a Bachelor of Music degree from the University of Oregon. She works frequently as a recording musician and can be heard playing oboe and English horn on many motion picture and TV soundtracks. Wickes’s appearances at music festivals have included the Lucerne Music Festival under the direction of Pierre Boulez, as well as the Spoleto Festival USA, Henry Mancini Institute, Norfolk Chamber Music Festival and Sarasota Music Festival. She has appeared on TV with several legendary singers, including Prince, Mariah Carey and Andrea Bocelli. In addition to modern and baroque oboe, she plays theremin.

Lara Wickes is a featured soloist in our Concertos in the Gardens concert on Wednesday, June 22, 2022.