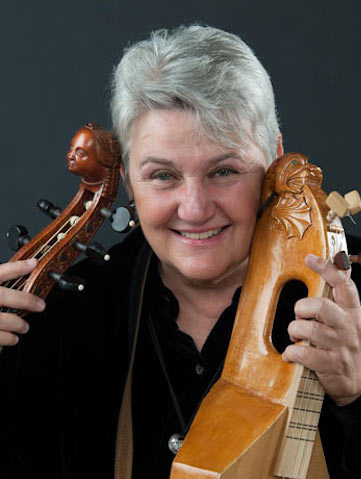 Mary Springfels is a veteran of the American early music movement. In 1968, she became the youngest member of the New York Pro Musica, and has been active in the performance of medieval, Renaissance and baroque music ever since. After a decade of freelancing in New York, she became Musician-in-Residence at Chicago’s Newberry Library, and was the founder and director of the Newberry Consort until 2008. In 2009 Mary moved to New Mexico where she is co-director of Severall Friends, a collection of musicians devoted to the performance of early repertoires in Santa Fe. She is a busy freelancer, appearing regularly with The Texas Early Music Project, Sonoma Bach, LOBO of Sonoma, Ars Lyrica of Houston, Parthenia, and the Folger Consort. She was recently a soloist on the Main Stage of the Berkeley Early Music Festival, as well as performing in the Corona del Mar and Amherst Early Music Festivals. She has taught at the University of Chicago and Northwestern University, and is a regular faculty member at the Summer Toot, SFEMS Early Music Weeks, The Viola da Gamba Society of America Conclaves and Viols West.