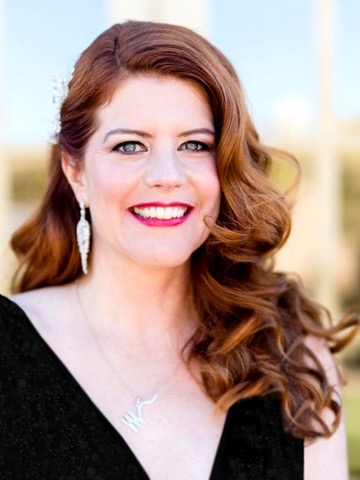 Sarah Lynch has been a member of the Los Angeles Master Chorale since 2011, and in the professional ensemble at St. James’ Church since 2009. This spring she was among the soloists in LAMC’s premiere of Dale Trumbore’s work How to Go On at the Walt Disney Concert Hall. Other recent highlights have included her solos in Bach’s Cantata 42, Wo Zwei und Drei versammlet sind, in concert with St. Matthew’s Chamber Orchestra, and in the premiere of Jason Barabba’s work Lettere da Triggiano at the Boston Court Theater.

Lynch often records for the soundtracks of films, television programs and video game sessions, most recently The Lego Movie 2, Venom, Call of Duty 4: Black Ops, A Wrinkle in Time, and Star Wars: The Last Jedi. She also works as an orchestrator, arranger and music preparation specialist for film, television and other media. She holds two degrees in Piano Performance and currently studies voice with soprano Renée Sousa.