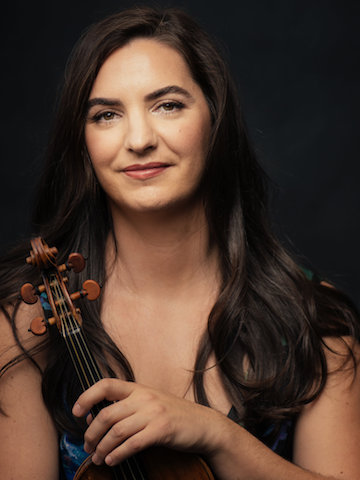 Praised as “a consummate musician whose flowing solos and musical gestures are a joy to watch,” and whose performances have been described as “ravishingly beautiful,” “stellar,” “inspired and inspiring,” violinist Tekla Cunningham enjoys a multi-faceted career as a chamber musician, concertmaster, soloist and educator devoted to music of the Baroque, Classical and Romantic eras. She is the concertmaster and orchestra director of Pacific MusicWorks and is an artist-in-residence at the University of Washington. She founded and directs the Whidbey Island Music Festival, now entering its fifteenth season, producing and presenting vibrant period-instrument performances of music from the 17th through 19th centuries, and plays regularly as concertmaster and principal player with the American Bach Soloists in California. Cunningham received her undergraduate degree in History and German Literature at Johns Hopkins University while attending Peabody Conservatory. She studied at the Hochschule für Musik und Darstellende Kunst in Vienna, Austria, with Josef Sivo and Ortwin Ottmaier, and earned a master’s degree in violin performance at the San Francisco Conservatory with Ian Swenson.