Together! Virtuoso Trios from Sherman Gardens

Acclaimed American harpsichordist and organist Matthew Dirst dives into the music of J.S. Bach and key contemporaries in this one-hour immersive concert film, captured in May 2021 at the Rienzi wing of the Houston Museum of Fine Art (pictured) and at St. Philip Presbyterian Church, Houston. After a brief introduction to Matthew for his Festival debut by the BMF’s artistic director Elizabeth Blumenstock, the performances will be interspersed with lively commentary on the composers, pieces, locations and instruments—including the wonderful 2020 “Gräbner” harpsichord by John Phillips with decoration by Janine Johnson. The film is co-produced by the Baroque Music Festival, Corona del Mar, and Ars Lyrica, Houston. Streaming premiere and post-concert Zoom Q&A social hour were co-presented by the San Francisco Early Music Society. This collaborative creative project was made possible by a cultural arts grant from the City of Newport Beach. 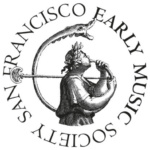 Matthew Dirst is the first American musician to win major international prizes in both organ and harpsichord, including the American Guild of Organists National Young Artist Competition and the Warsaw International Harpsichord Competition. Widely admired for his stylish playing and conducting, he was recently described in the Washington Post as an “efficient, extremely precise conductor who has an ear for detail and up-to-date ideas about performing Bach.” Early Music America hailed his solo recording of harpsichord works by François and Armand-Louis Couperin, as a “stylish, tasteful, and technically commanding performance…expressive and brilliant playing.” As Artistic Director of Ars Lyrica Houston, Dirst leads a period-instrument ensemble with several acclaimed recordings, one of which—J. A. Hasse’s Marc Antonio e Cleopatra—was nominated for a Grammy Award in 2011 for Best Opera. His degrees include a PhD in musicology from Stanford University and the prix de virtuosité in both organ and harpsichord from the Conservatoire National de Reuil-Malmaison, France, where he spent two years as a Fulbright scholar. Equally active as a scholar and as an organist, Dirst is Professor of Music at the Moores School of Music, University of Houston, and Organist at St Philip Presbyterian Church in Houston. His publications include Engaging Bach: The Keyboard Legacy from Marpurg to Mendelssohn (Cambridge University Press, 2012), Bach and the Organ (University of Illinois Press, 2016), and a forthcoming book on Bach’s Art of Fugue and Musical Offering.